If you are like me you have some old wheel cylinders around you have no idea what the heck they fit.  I always think I need to save them “just in case” they fit one of my cars.

I know Saab made three types of brake systems for their early cars.  I have my own names for them…they are:

Since it so easy to confuse the Type I from the Type II I did some matching to see if I could make it easier for me to keep them straight in my shop!

It all started when I tried to make sense of the wheel cylinders on my 1957 93.  What the heck is going on here!  The parts on this 1957 Saab make no sense.  The parts books says the right side wheel cylinders should be a #70-62-904 (with a bore size of .9375”), but there is a #71-68-941 (bore size .800”) that was used on 1961 and up cars bolted here right now!  Well that’s what happens with these old Saabs, someone didn’t have the correct part so they substituted an similar part.  This can drive you nuts figuring out the correct parts.  The problem with this mismatched set-up is that the bore size of the two wheel cylinders are different.  Since one bore is .9375” and the other bore is .800” you could have pull issues on this right side.  This particular 1957 93 use to be owed by Larry Williams, and Larry was famous for making “things work” with the wrong parts!  He was a true tinker that could cobble anything together and THEN be able drive it across the country!  I can drive mine across the country too, but only AFTER I know they are in 100% shape to do so…there is only so much “Larry Luck” you can count on.

Besides the bore size difference on the old Saabs, the threads for the brake lines Saab use can be different too, so that only adds to the confusion.  Below is what I have found them to be, but remember these are old cars and many have been altered through their life cycles.

To make the thread types easy to ID,

If you have a steel wheel cylinder you need to use plain old US 3/8” x 24 NF threads.

If you get an Aluminum wheel cylinder than you need the British threads (British 3/8” x 18 BSF threads (BSF is British Standard Fine which has a pitch of .055” so they will not interchange with the US 3/8”x18) BSF can also be refered to as “BSW” for British Standard Wintworth)

This holds true for both front and rear wheel cylinders

They also make a brass Y splitter or coupler, and both front and rear bleeders can be brass too, and they all use British threads also.

I have added Saab part numbers where I have them available but really this article was written to ID wheel cylinders off of a visual look rather than part number IDs. 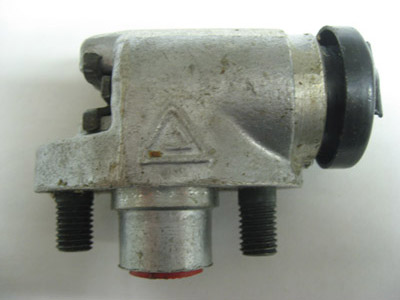 Need 2 per side but left and right are the same cylinder. 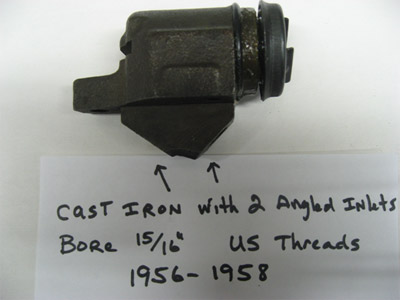 Cast Iron with TWO angled inlets that have US threads 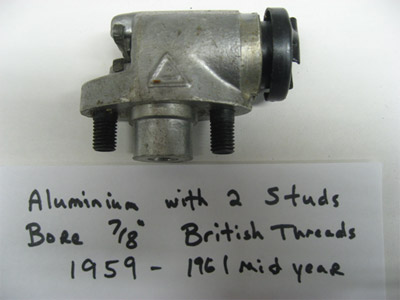 1959 to mid 1961, Aluminum with two studs with British threads inlet

Note: Bruce Turk’s 1958 uses these wheel cylinders, which begs the question, is the parts book wrong (does happen) or did someone swap Bruce’s out to the later style that also had 9” drums too to improve braking power (most likely) in an earlier Life cycle!

Need 2 per side but left and right are the same cylinder. 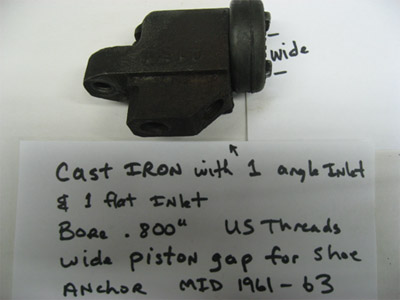 Cast Iron with ONE angled inlet and ONE flat inlet, both with US threads 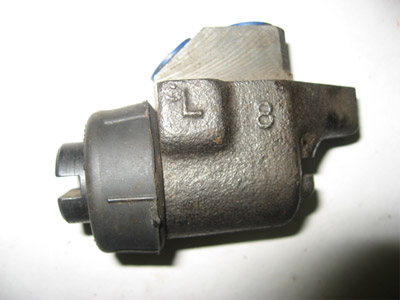 Cast Iron with one angled inlet and one flat inlet, both with US threads 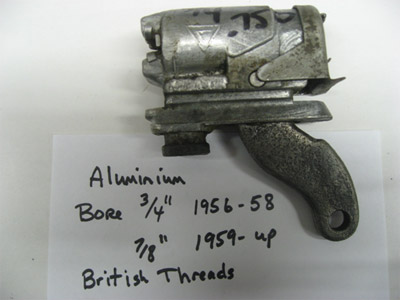 Aluminum with one inlet that is British threads

Need one per side and both sides are the same cylinder 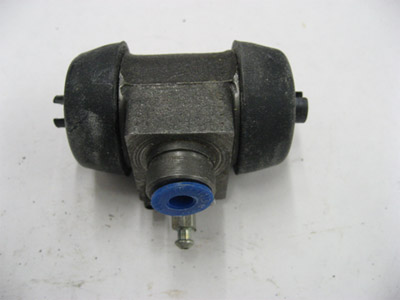 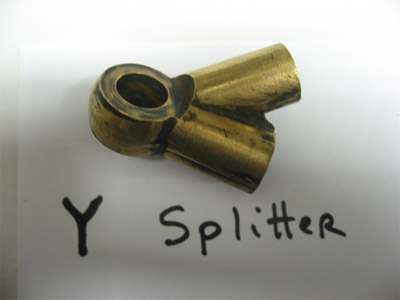 Brass Y Splitter with British threads
Used many locations from the front to the rear as a splitter.  Mostly on pre 1964 cars. 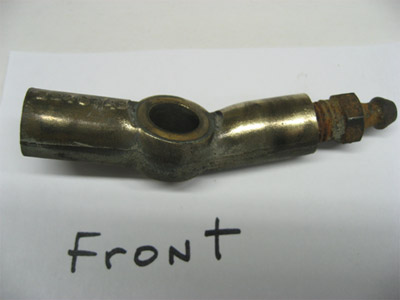 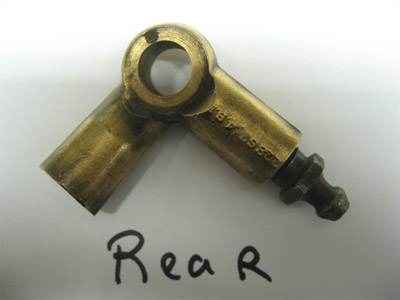 About the Author: Tom